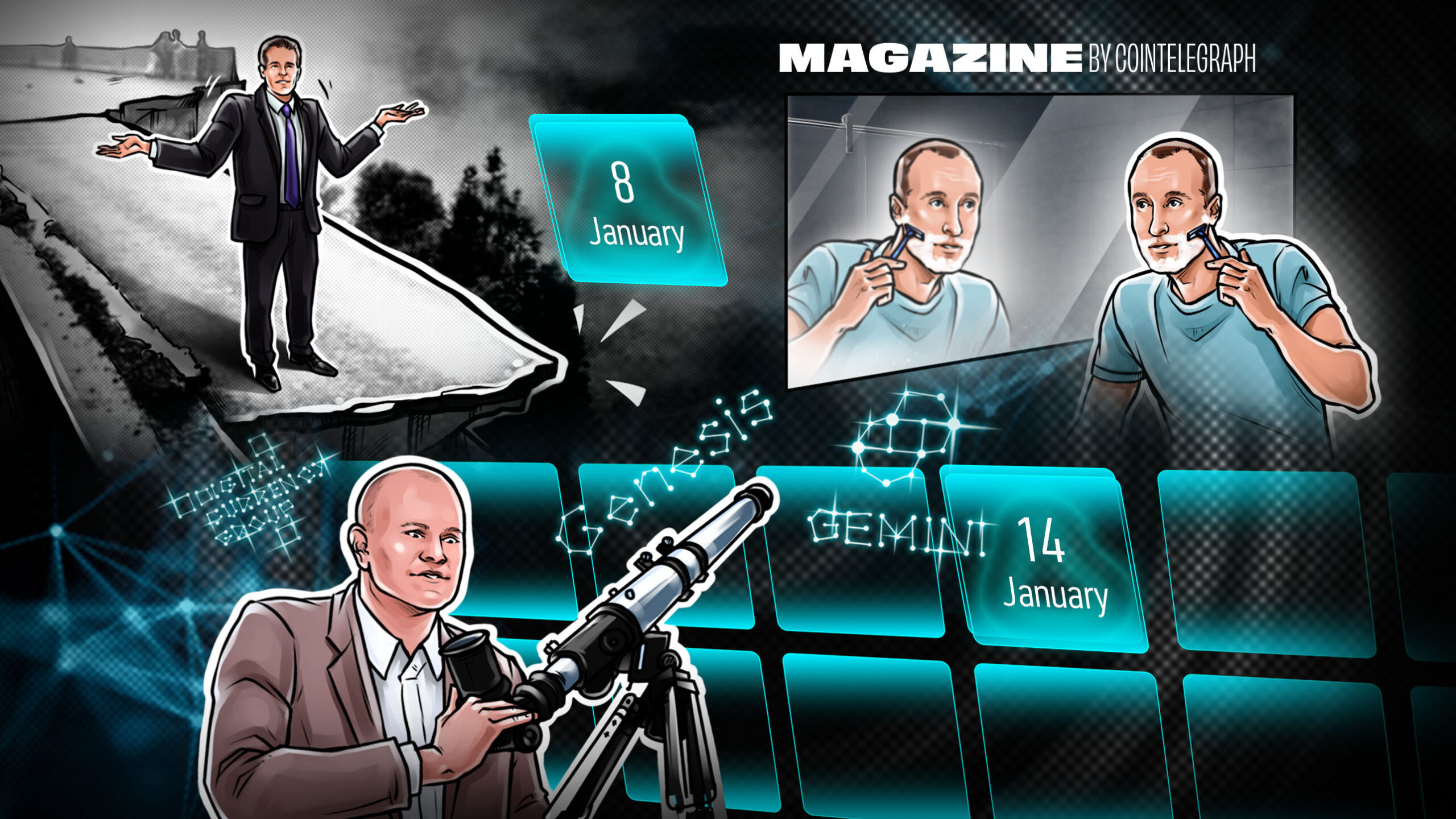 Sam Bankman-Fried: ‘I didnt steal funds, and I certainly didnt stash billions away.’

In a pre-mortem overview of FTX’s bankruptcy, Sam Bankman-Fried denied allegations of improper use of customer funds stored with the crypto exchange, attributing responsibility for the companys dramatic fall to the market crash of 2022 and Binance CEO Changpeng Zhao’s PR campaign against FTX. In Bankman-Frieds view, a run on the bank turned illiquidity issues into insolvency. Among the latest developments in the bankruptcy proceedings, a bipartisan group of United States senators criticized one of the law firms involved in the case on the grounds of a conflict of interest, and called on the U.S. Bankruptcy Court for the District of Delaware to appoint an independent examiner into FTXs activities. Also in the week’s headlines, FTX attorney Andy Dietderich said the company has recovered $5 billion in cash and liquid cryptocurrencies.

Gemini and Genesis charged by SEC with selling unregistered securities

Crypto firms Genesis Global Capital and Gemini were charged by the U. S. Securities and Exchange Commission (SEC) with offering unregistered securities through Gemini’s Earn program. Genesis and Gemini partnered on the product in 2020, offering customers the chance to loan crypto with the promise of later repayment with interest. The SEC stated that the Gemini Earn program constitutes an offer and sale of securities, and should have been registered with the commission. Tyler Winklevoss, co-founder of Gemini, said the SEC’s action was totally counterproductive, and noted that Gemini had been discussing the Earn program with the regulator for more than 17 months..

Sell or hodl? How to prepare for the end of the bull run, Part 2

Bitcoin 2022 Will the real maximalists please stand up?

It has been a difficult week for Genesis Global Trading and its parent company, Digital Currency Group (DCG), as reports revealed that Genesis allegedly owes its creditors more than $3 billion. To offset the shortfall, DCG, which also owns Grayscale Investments, seeks to sell part of its venture capital holdings with more than 200 crypto-related projects, including crypto exchanges, banks and custodians in at least 35 countries, totaling around $500 million in valuation.

On Jan. 11, El Salvador passed the landmark Digital Assets Issuance law that establishes the legal framework to issue Bitcoin-backed bonds to pay down sovereign debt and fund the construction of a so-called Bitcoin City. The bonds are expected to raise $1 billion for the country, half of which will be used to build the special economic zone. The legislation also creates a regulatory body and establishes a legal framework for all digital assets in the country.

Venom Foundation, an Abu Dhabi-based blockchain platform, and Iceberg Capital announced a new partnership that will allocate $1 billion to Web3 and blockchain companies, including decentralized applications focused on payments, asset management, decentralized finance and GameFi products and services. The investment fund will look to attract startups and technology firms to use Venoms proof-of-stake-based blockchain solution.

For more info on crypto prices, make sure to read Cointelegraphs market analysis.

Play2Earn: How Blockchain Can Power a Paradigm Shift in Building Game Economies

There are still some overhangs DCG and Genesis and Gemini that will play out in the next quarter. Thats not going to be great.”

History tells us theres not much room for micro currencies, meaning, you know, we have the U.S. dollar and Europe has the euro and the like.

Gary Gensler, chair of the U.S. Securities and Exchange Commission

As long as there is interest in the crypto market, the number of hackers will not decrease.

People talk about the [Bitcoin] problem of volatility, but this is nothing when you live in a place where your money could easily lose half its value in a year.

“There is no path forward as long as Barry Silbert remains CEO of DCG.”

It was a political act and not a financial gesture. Like those who grow mustaches in November to fight prostate cancer. I put this salary in Bitcoin on a cold wallet every month and I haven’t touched it.”

Prediction of the Week

The price of Bitcoin has jumped in recent days and sits near $19,000 at the end of this week, according to data from Cointelegraph Markets Pro and TradingView.

On-chain analytics resource Material Indicators predicts there could be a retest of the $20,000 mark. Seems like BTC is setting up for a retest of resistance at the 2017 Top, it wrote on Twitter.

According to the analytics firm, whether we see a bonafide breakout or fakeout remains to be seen. Time for patience and discipline.

FUD of the Week

Bulgarian regulators are increasing pressure on cryptocurrency lender Nexo, after a group of prosecutors, investigators and foreign agents searched the companys offices in the Bulgarian capital city of Sofia on Jan. 12. The operation was initiated a few months ago, targeting a large-scale financial criminal scheme allegedly involving money laundering and violations of international sanctions against Russia. Nexo has complained about the actions of the law enforcement authorities and is preparing to file a lawsuit against authorities to seek compensation for damages caused by the abrupt police interruption.

Digital wallet provider MetaMask warned users of an address poisoning scam, where attackers poison transaction histories. The attack does not allow hackers to access user’s wallets, but those who have become habitual about copying their wallet addresses from transaction histories could potentially send funds to copycat addresses.

A new wave of staff layoffs has been announced by crypto exchange Crypto.com, which will reduce its global workforce by 20% following recent industry events. Also fighting to survive the bear market, Coinbase is closing most of its Japanese operations as part of a restructuring plan that aims to reduce 20% of the exchange staff..

Novelty token designs might attract some brief interest, but projects need to learn the principles of sustainable tokenomics..

Your guide to crypto in Toronto: Crypto City

The home of Ethereum and the home town of Vitalik Buterin, Toronto embraced digital assets sooner than most and is home to more crypto projects than anywhere else in Canada.

Many popular cryptocurrency trading platforms, including Kraken and Coinbase, have recently initiated a fresh round of firings.

Subscribe
The most engaging reads in blockchain. Delivered once a week.