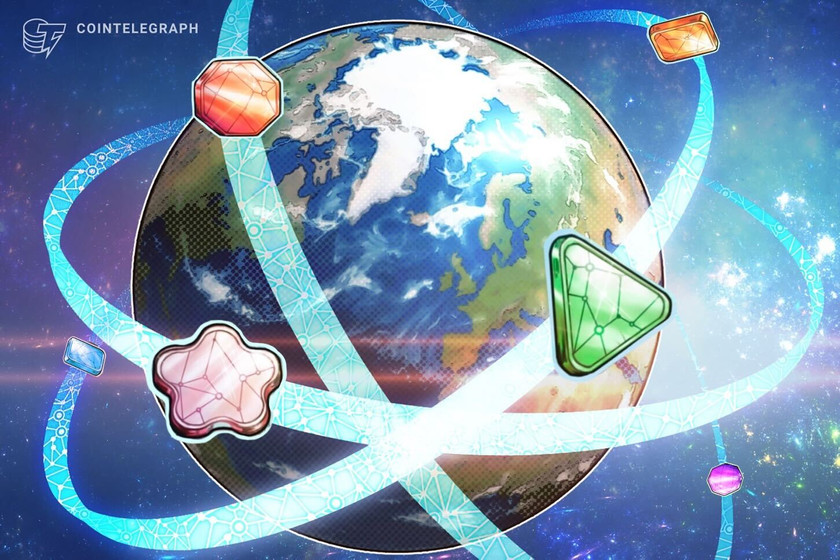 Foot fetishists and crypto degens have taken interest in an NFT collection boasting 10,000 unique pixelated trotters with over $1 million in trading volume.

Feetpix.wtf’s collection soared ahead of the likes of Bored Ape Yacht Club (BAYC) on Jan. 11 with the fifth-highest trading volume recorded on NFT marketplace OpenSea.

Crypto Twitter is still split on what inspired the surge in foot fetish-NFT trading volumes, though Feetpix noted the absence of a roadmap, promise and marketing scheme suggested a “love for feet” is not just legitimate but also clearly monetizable through the use of digital art.

Several Twitter users highlighted the absurd, short-term success of the project, suggesting a return of “degen szn” (season) which entailed a mass trading volume of high-risk NFT collectibles at the peak of the bull market in 2021.

But even the creators themselves implied something could be mentally wrong with collectors, suggesting buyers “stop buying feetpix” and instead “use that money for therapy.”

Game of Thrones’ highly anticipated “Build Your Realm” NFT collection launch has received a hefty dose of criticism despite completely selling out in seven hours on the NFT marketplace Nifty’s.

The collection was described by the pseudonymous co-founder of Web3 gaming project Treeverse, Loopify, on Jan. 11 as the “worst thing I’ve ever seen.”

this is the worst thing I’ve ever seen pic.twitter.com/sMudsJgP2z

Loopify told their 200,000 Twitter followers in a separate post that some of the avatars possessed “salad fingers.”

This Game of Thrones NFT collection is just like the the last season of the show.

No creative vision and terrible pic.twitter.com/I0v7cXai5N

The first series NFT collection was born from a collaboration between Nifty’s and NFT production company Daz 3D, where each NFT is minted on Palm — an Ethereum-compatible sidechain — allowing collectors to create their own unique realms and avatars.

While the fast sellout came as little surprise due to the popularity of the show, many collectors reported issues with the minting process in addition to the widespread disappointment of the poorly designed avatars.

Yuga Labs — the creative team behind the BAYC — is set to expand its NFT ecosystem with the launch of a skill-based NFT game called “Dookey Dash.”

In order to participate, BAYC and Mutant Ape Yacht Club (MAYC) holders will need to mint a “Sewer Pass” on Jan. 17 in order to start playing the game on Jan. 18.

The aim of the game will be to navigate the sewer, claim as many NFT rewards as possible and record the highest score until Feb. 8 when the leaderboard freezes.

“Sewer Pass holders will compete for the highest score and earn their new power source,” the BAYC wrote, adding “the highest single-run score on your specific Sewer Pass and accompanying wallet that achieved the run will determine what it reveals.”

However, it’s not clear what the prizes will consist of with Yuga stating on BAYC’s Twitter account that prizes will “evolve throughout 2023.”

The four-week Dookey Dash experiment also appears to be the first part of a narrative experience, with segments “It’s Alive!” and “Chapter 1” expected to proceed with the “Sewer Close” on Feb. 8, according to a roadmap set out by Yuga.

The Artball NFT serves to “leverage live match data to deepen global fan engagement beyond a tournament” through the digital realm, according to the Artball website.

Want to get your hands on the ball that has it all? The #AO23 collection mints soon, with brand new plots on the court and a Membership Multiplier https://t.co/5djxX1Sm1b
Let’s swing into it pic.twitter.com/B3oxu5pfU2

With 6776 Australian Open Artballs sold in last year’s collection, an additional 2,454 Artballs will hit the market in time for the 2023 tournament, which officially kicks off next Monday, Jan. 16 in Melbourne.

According to the website each Australian Open ArtBall is linked to live match data corresponding to a 17cm by 17cm plot on the court.

If a winning shot from any match lands on a collector’s plot the NFT metadata will be updated in real time and the collector will be rewarded.

One of the special ArtBalls is Artball SuperSight which enables an entire suite of exclusive 360-degree front-row viewing tools, a 3D stats explorer and personalized streams that has been “custom built” for members.

Collectors will also be in the running to win two free tickets to the equivalent live match in AO24 if their Artball scores a “Match Point” in AO23 in addition to being granted access to “exclusive behind-the-scenes streams.”

Artball minting is currently subject to a waitlist, according to the AOmetaverse Twitter page.

NFT platform Upshot has created a trading tool that scores and classifies wallets based on their trading success, which will enable crypto newcomers to get a closer look into the strategies adopted by successful collectors.

Blockchain security firm SlowMist revealed a sneaky trick scammers used in 2022 to steal NFTs was a “zero dollar purchase” scam where victims were tricked into signing over NFTs for basically no cost in a fake sales order, with scammers able to purchase the NFTs through a marketplace at a price they determined.