Web3 projects would rather get hacked than pay bounty: Finance Redefined 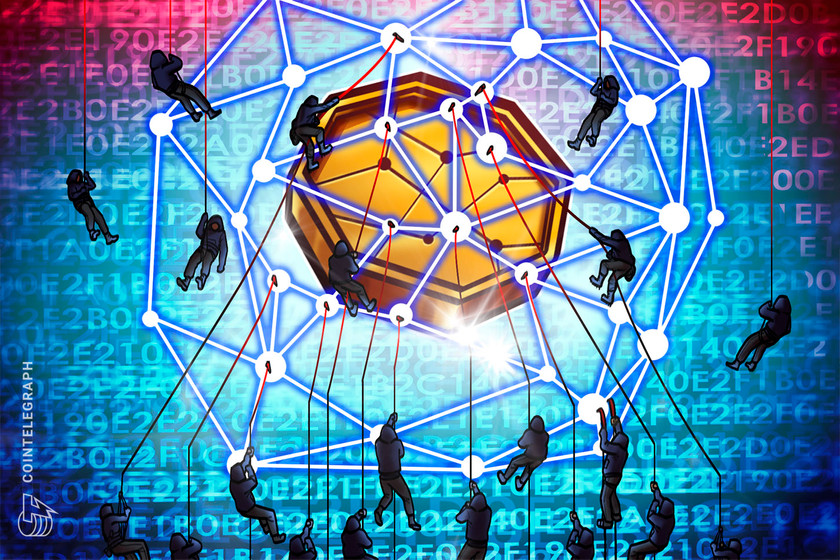 The top 100 DeFi tokens had a volatile yet bearish week with nearly all the tokens trading in red on the weekly charts.

Uniswap, one of the leading decentralized exchange platforms, is integrating debit and credit card support for its users. It will allow Uniswap users to buy cryptocurrency directly with their cards.

An ex-employee caused Ankr protocol’s recent $5 million hack. The DeFi protocol alerted relevant authorities and is seeking to prosecute the attacker while shoring up its security practices.

A Web3 developer has claimed that many crypto ecosystem projects would rather get hacked than pay bounties. After reporting and helping patch a smart contract vulnerability, the developer claims that the projects he helped started to ignore him. However, despite a tumultuous year, DeFi, nonfungible tokens (NFTs) and blockchain games drove decentralized application (DApp) usage across the industry, according to DappRadar’s 2022 report.

The top 100 DeFi tokens had a bearish week, with nearly all of the tokens trading in red on the weekly charts.

Decentralized exchange Uniswap has partnered with fintech company Moonpay to allow users to buy cryptocurrency on its web app using debit cards, credit cards, and bank transfers. The bank transfer option is being rolled out for users within most United States states, Brazil, the United Kingdom, and the Single Euro Payments Area, also known as SEPA.

In the announcement made on Dec. 20, Uniswap shared that its users will now be able to convert fiat to cryptocurrency on the Ethereum mainnet, Polygon, Optimism and Artibrum in a matter of minutes.

Projects would rather get hacked than pay bounties, Web3 developer claims

As hacks and exploits continue to be rampant within the crypto industry, finding vulnerabilities to prevent potential losses is of utmost importance. However, a Web3 developer highlighted that doing so is not rewarding.

In a tweet, a Web3 developer claimed that he found a vulnerability in a Solana smart contract that would have affected several projects and around $30 million in funds. According to the dev, he reported and helped patch the vulnerabilities. However, when it was time to ask for a reward, the projects just started to ignore him.

A $5 million hack of the Ankr protocol on Dec. 1 was caused by a former team member, according to a Dec. 20 announcement from the Ankr team.

The ex-employee conducted a “supply chain attack” by putting malicious code into a package of future updates to the team’s internal software. Once this software was updated, the malicious code created a security vulnerability that allowed the attacker to steal the team’s deployer key from the company’s server.

2022 will go down as a challenging year for the cryptocurrency and blockchain space, but the adversity faced has been sprinkled with plenty of positives in the DApp ecosystem.

DappRadar has released its yearly report on the industry, focusing on challenges faced alongside notable technological achievements and increasing daily users.

Analytical data reveals that DeFi’s total market value dipped below $40 billion this past week, trading at about $38.1 billion at the time of writing. Data from Cointelegraph Markets Pro and TradingView, show that DeFi’s top 100 tokens by market capitalization had a volatile and bearish week, with nearly all of the tokens trading in the red.