The state of crypto in Northern Europe: Hostile Scandinavia and vibrant Baltics 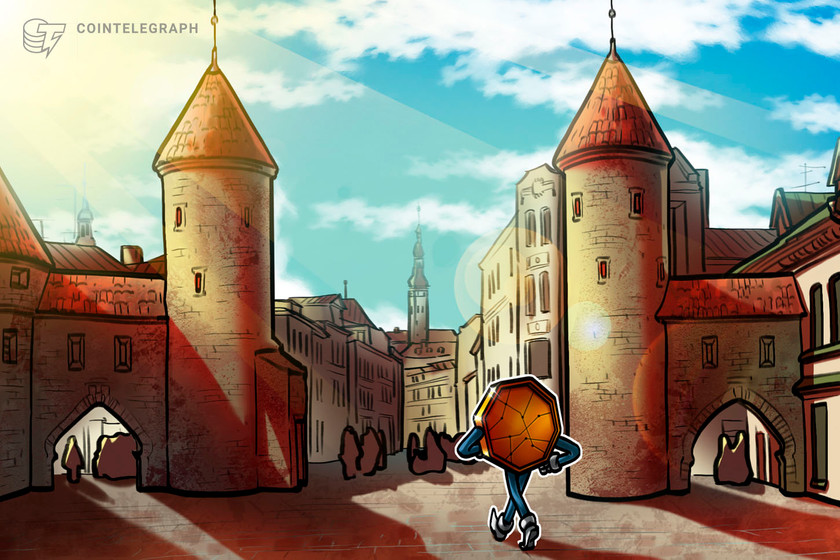 The Nordics remain a cold place for crypto, but Estonia still leads as the public blockchain adopter.

Despite the turbulence that broke out in the crypto market this summer, there is an important long-term marker that should be considered in any complex assessment — the combination of adoption and regulation. The latest report by EUBlockchain Observatory, named “EU Blockchain Ecosystem Developments,” tries to measure this combination within the European Union, combining the data on each and every member country from Portugal to Slovakia.

As the original report counts more than 200 pages, Cointelegraph prepared a summary with the intent to capture the most vital information about the state of crypto and blockchain in Europe. Cointelegraph started from a group of countries that are usually labeled as Western European and continues with a review of Northern European states.

Taxes: While the report lacks any information about the tax regime regarding crypto in the country, the local tax advisers specify that capital gains from selling crypto are subject to a 30% tax.

Notable initiatives: The Swedish land-ownership authority Lantmäteriet began testing blockchain technology in 2016, which resulted in a pilot project to develop future real estate transactions by using smart contracts. In June 2018, developers completed the first successful transaction on the platform. Together with Nasdaq, one of Sweden’s major banks, SEB, initiated the Nordic Fund Ledger — a consortium to improve mutual fund trading by applying blockchain. An initiative should have been launched in 2020, but by the publishing time, there is no evidence it did.

Regulation and legislation: Denmark has no laws specifically addressing cryptocurrencies. In 2021, Danske Bank, the largest bank in Denmark, stated that it won’t offer any cryptocurrency services to customers itself, but also that it wouldn’t interfere with transactions coming from crypto platforms.

Taxes: According to Coincub, crypto gains incur an income tax of around 37%: “If you’re a high earner, your crypto gains — as part of your overall income — could go up to 52% tax.”

Local players: As the report specifies, perhaps the most important names among the Danish crypto startups would be the ones that were established in the country but registered in other jurisdictions, such as Chainalysis, Blockshipping and MakerDAO.

Regulation and legislation: The chief supervisory authority for everything crypto-related in the country is the Finnish Financial Supervisory Authority. In 2019, the Act on Virtual Currency Providers came into effect. It demands registration from any entity that aims at Finnish customers while providing or marketeering its crypto-related services. The Virtual Currency Act does not draw any distinctions between different types of digital currencies.

Taxes: Profits from the exchange or sale of crypto are subject to capital gains tax, which makes up 30% of the income not exceeding $29,922 (30,000 euros) and 34% on the excess above this limit.

Notable initiatives: Back in 2018, the Finnish government announced the collaboration with Essentia to build blockchain-based solutions for smart logistics.

Local players: SOMA (SOcial MArketplace), a decentralized peer-to-peer (P2P) platform on Ethereum for trading and exchange of physical goods, LocalBitcoins, a P2P platform for digital currencies, and Haja Networks, a developer of distributed and decentralized database solutions based on blockchain solutions.

Regulation and legislation: The advisory and supervisory authorities regarding blockchain and crypto are the Norwegian Data Protection Authority, the Financial Supervisory Authority (FSA), Norges Bank and the Norwegian Tax Authority. The FSA has previously noted that a legal framework and rules for investor protection are needed if cryptocurrencies become a suitable investment for consumers. However, according to the report, “It is unlikely that Norway will enact additional legislation on cryptocurrencies until the EU adopts its flagship cryptocurrency legislation, the Regulation on Markets for Crypto-Assets (MiCA).”

Taxes: As in other Scandinavian countries, crypto assets in Norway are subject to the general capital gains tax. The annual tax rate for private individuals constitutes 22%; the same percentage goes for legal entities due to a flat corporate income tax rate. However, an individual would pay more if his yearly income exceeds certain levels.

Notable initiatives: In 2021, The FSA established a regulatory sandbox to encourage fintech innovation. The Central Bank of Norway is actively exploring a central bank digital currency (CBDC), which is now proceeding through a two-year phase of technical testing.

Regulation and legislation: Crypto remains largely underregulated in the country. In 2020, the chief local financial regulator, the Financial and Capital Market Commission, urged investors to “be particularly vigilant, as cryptocurrencies operate in an infrastructure that is currently characterized by lower regulation than in the financial and capital markets.”

Taxes: The Latvian PIT Act defines crypto as a capital asset subject to the general capital gains tax, which is 20%.

Notable initiatives: In 2019, the Economic Ministry of Latvia introduced two blockchain-based pilot projects. The first one should strengthen the supervisory capacity of the State Revenue Service and reduce the shadow economy through the implementation of a blockchain-based cash register. The second would ease the process of acquiring limited liability company status by using blockchain systems in the Enterprise Registry.

In 2021, the national air carrier airBaltic added Dogecoin (DOGE) and Ether (ETH) as payment options. It started to accept Bitcoin (BTC) as early as 2014.

Local players: Blockvis, a blockchain development and consulting group, Velvet, a blockchain-powered solution for online identification, and Soft-FX, a software developer, which collaborated with a list of major cryptocurrency platforms such as Binance, Bifinex and others.

Regulation and legislation: The report calls Lithuania “one of the most pro-blockchain countries in Europe.” It became one of the first countries to issue regulations on ICOs back in 2018. From 2019, every digital assets provider needs to be registered with the country’s Centre for Registers.

Taxes: Corporate tax for the crypto companies stands at 15% and the same flat rate goes for the individual’s income.

Notable initiatives: In 2018, the Bank of Lithuania launched a digital currency sandbox called LB Chain, which is envisioned to become a prototype for central bank-issued blockchain-backed coins.

Regulation and legislation: Estonia was the first European country to provide clear regulations and guidelines for digital currencies. The local law recognizes digital currencies as “value represented in digital form that is digitally transferable, preservable, or tradable, and that natural persons or legal persons accept as a payment instrument.” However, digital currencies are not considered legal tender and do not otherwise possess the legal status of money.

Taxes: Digital currencies are qualified as property and their exchange is subject to a capital gains tax of 20%.

Notable initiatives: The blockchain-enabled e-Residency program allows anyone to start and manage an EU-based company completely online and, according to the report, “has proven a significant facilitator of blockchain business activity in the country.” However, it should be noted that when the country tightened the definition of virtual asset service providers (VASPs), more than 1,000 licenses were revoked from crypto firms.

The country utilizes a highly scalable and privacy-focused keyless signature infrastructure blockchain, which is being used in healthcare, property, business and succession registries, along with the state gazette and the country’s digital court system.

Discussing the report takeaways with Cointelegraph, Kristina Lillieneke, CEO at BlackBird Law and a member of EU Blockchain Observatory, explained the rather low numbers demonstrated by Scandinavian countries regarding the crypto industry. While she agreed with the important factor of high taxes, Lillieneke pointed out such regional problems as regulatory uncertainty and fear-mongering among banks and media.

“Most banks have been blocking their customers from trading in crypto and founders of crypto companies have had their bank accounts forcibly closed. As most people are still dependent on the fiat banking system in the Nordics this is a strong deterrent to making innovations,” she said.

The expert drew the example of Sweden, where the local financial authority, Finansinspektionen, leads a non-stop crusade against Bitcoin. Erik Thedéen, the head of Finansinspektionen, has written numerous articles sharply criticizing Bitcoin and claiming it is only used by criminals to launder money and finance terrorism and is a large threat to the environment.

Recent: What the Russia-Ukraine war has revealed about crypto

Lillieneke expressed pessimism regarding any possibility of a U-turn in the Nordics, even with the upcoming pan-European MiCA framework. In her opinion, MiCA itself doesn’t contain any cure for the familiar problems:

“The regulations in Europe seem only to aim at limiting the market and innovation around everything that is decentralized and has the potential of empowering people while it favors centralized solutions run by the states, the EU or big-tech.”

More controversy comes with the recent transformation of Estonia, which has been one of the earliest blockchain adopters in the world and conducted a crypto-friendly policy until 2021, when the new guidelines for VASP licensing demolished all the previous gains for the industry. However, speaking to Cointelegraph, Marianna Charalambous, research project manager at the University of Nicosia and member of the EU Blockchain Observatory, noted that the country still remains one of the leaders in public blockchain implementation.

“Estonia remains an advocate of public sector blockchain initiatives on a national and European level, as a wide number of blockchain applications are being implemented in the public sector. Looking at the use of blockchain on an institutional level we can identify a different approach compared to the private sector which has been affected by the new legislation,” she stated.