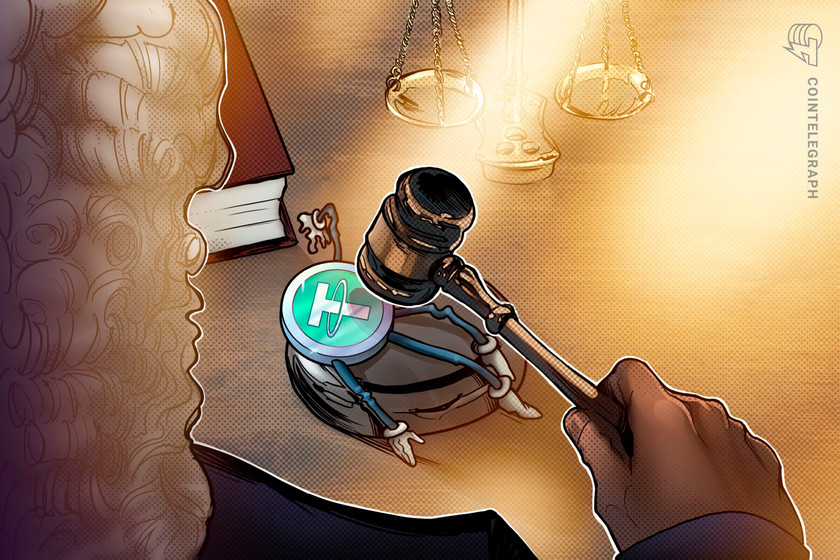 The court accepted the Plaintiffs’ requests to provide “undoubtedly important” documents in the alleged fraud case.

The judge for the United States District Court for the Southern District of New York, Katherine Polk Failla, ordered Tether to prove 1-to-1 backing of its eponymous stablecoin, Tether (USDT). The company is required to provide “general ledgers, balance sheets, income statements, cash-flow statements, and profit and loss statements” and other documents to the court.

The order was published on Tuesday as a part of a case that started back in 2019 — the initial complaint by a group of investors against iFinex, Tether and Bitfinex’s parent company, alleged that the firm manipulated the crypto market by issuing unbacked Tether with an intention to inflate the price of cryptocurrencies like Bitcoin (BTC).

Judge Polk Failla dismissed the iFinex requests to block the order on the grounds that the company has earlier produced the documents “sufficient enough” for the Commodity Futures Trading Commission and the New York Attorney General. She found that the Plaintiffs’ demand for “undoubtedly important” documents is well-established as they “appear to go to one of the Plaintiffs’ core allegations.”

Previously, in September 2021, Judge Polk Failla dismissed the Plaintiffs’ claims against iFinex under the Racketeer Influenced and Corrupt Organizations Act and allegations related to racketeering or using the proceeds of racketeering for investments.

In February 2021, in another case settled with the Office of the New York Attorney General, iFinex agreed to pay $18.5 million for damages to New York and submit to periodic reporting of their reserves in addition to stopping service to customers in the state. The settlement came after a 22-month inquiry into whether the company had been trying to cover up its losses — touted to be worth $850 million — by misrepresenting the degree to which its USDT reserves were backed by fiat collateral.