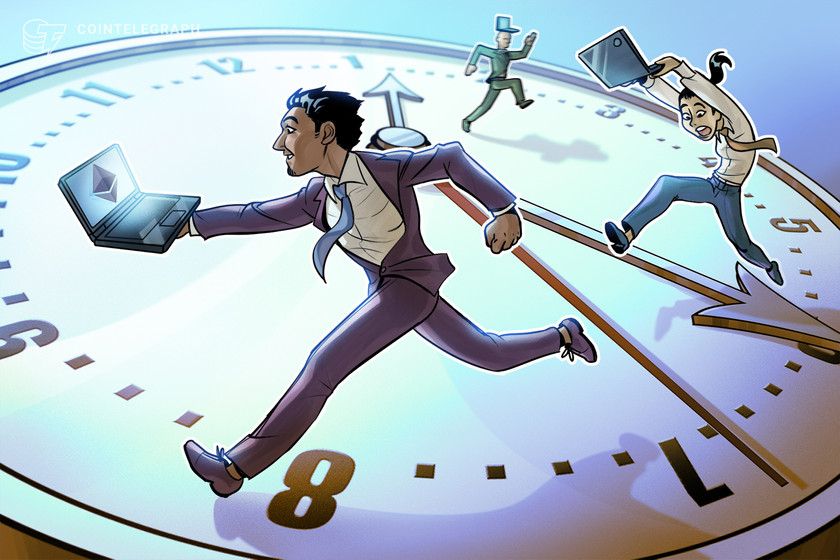 The outcome of the Ethereum Merge will be a primary price drive that dictates whether ETH bears profit from this week’s $490 million options expiry.

Given the current state of the wider crypto market, some traders might be surprised to learn that Ether (ETH) has been trading in an ascending trend for the past 17 days. While the entire cryptocurrency market experienced a 10% decline on Sept. 13, Ether’s price held firm near the $1,570 support level.

In less than 12 hours, the Ethereum network is scheduled to undergo its largest ever upgrade and the possibility of extreme volatility should not be ignored. The transition to a proof-of-stake network will be a game changer for multiple reasons, including a 98.5% cut in energy use and reduced coin inflation.

During an upgrade, there is always the risk of multiple malfunctions, especially in more complex systems like the Ethereum Virtual Machine processing. Even if the upgrade has been relatively smooth on previous testnet versions, it is impossible to predict the outcome of the decentralized applications and second-layer solutions plugged into Ethereum’s ecosystem.

That is precisely why the $490 million Ether options expiry on Aug. 16 will put a lot of price pressure on both sides, even though bulls seem slightly better positioned as Ether nears $1,600.

Most bearish bets are placed below $1,600

Ether’s failure to break the $2,000 resistance on Aug. 14 and its subsequent plunge to $1,420 on Aug. 29 gave the bears the signal to expect continuation of the downtrend. That becomes evident as only 12% of the put (sell) options for Sept. 16 have been placed above $1,600. Thus, Ether bulls are better positioned for the expiry of $490 million weekly options.

A broader view using the 1.06 call-to-put ratio shows a relatively balanced situation with bullish bets (calls) open interest at $252 million versus the $238 million put (sell) options. Nevertheless, as Ether currently stands near $1,600, both sides have similar odds of moving the needle.

Bears could pocket a $100 million profit

Below are the four most likely scenarios based on the current price action. The number of options contracts available on Sept. 16 for call (bull) and put (bear) instruments varies, depending on the expiry price. The imbalance favoring each side constitutes the theoretical profit:

This crude estimate considers the call options used in bullish bets and the put options exclusively in neutral-to-bearish trades. Even so, this oversimplification disregards more complex investment strategies.

Ether bulls need to sustain the price above $1,500 on Sept. 16 to balance the scales and avoid a potential $100 million loss. However, Ether bulls were unlucky on Sept. 12 after the United States stock markets fell by $1.6 trillion on Sept. 13 due to a hotter-than-expected inflation report.

There’s absolutely no way to predict the outcome of Ethereum Merge, let alone its price impact. However, analysis suggests these three indicators should be watched by traders during the Merge event.

One can never guess the consequences of unexpected delays or even the positive impact of a smooth transition because investors could have priced in the Merge in advance, triggering a “sell the news” event. Consequently, both bulls and bears still have a shot on the Sept. 16 weekly options expiry.