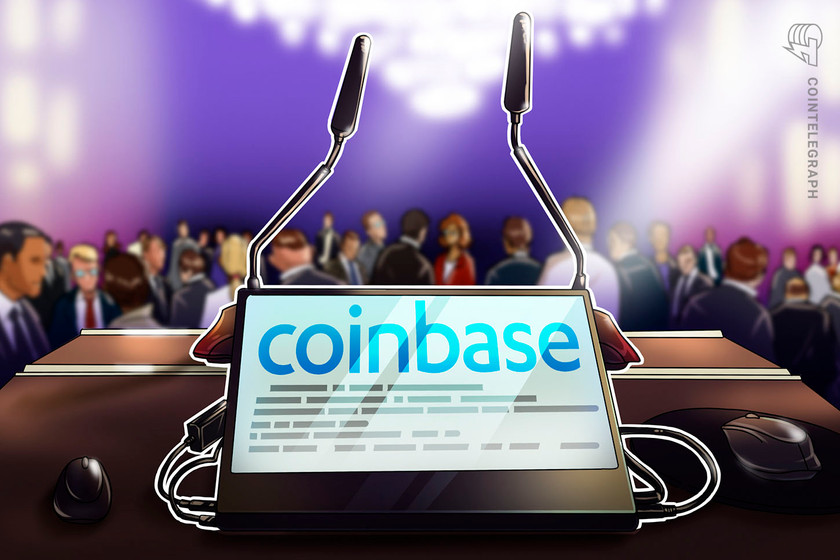 Faryar Shirzad said staying engaged and informed was critical, given candidates who win in the 2022 U.S. midterms “will be making key decisions” around crypto regulation.

Coinbase, a crypto exchange whose CEO previously said it doesn’t “advocate for any particular causes or candidates internally that are unrelated to our mission,” has launched a voter registration portal as part of a crypto policy education initiative.

In a Thursday blog post, Coinbase chief policy officer Faryar Shirzad said the crypto exchange will offer users the opportunity to register to vote in the United States through a Capitol Canary website. According to the policy head, the voter registration tool was part of an initiative aimed at giving the crypto community “tools to participate in the critical policy discussions happening across the United States.”

Shirzad said being informed and engaged in issues around the 2022 U.S. midterm elections were “mission critical for the future of crypto” given the lawmakers “will be making key decisions about how crypto, blockchain, and Web3 are regulated.”

“Today, more than ever, crypto and Web3 are cemented as topics of public interest and the political debate,” said Shirzad. “Political candidates are talking about them, the public is interested in them, and the crypto community wants to help shape them.”

“In the next few years, legislation and regulations will be developed that will help shape the direction of our industry for the coming decade […] It is essential that our elected leaders understand the potential of crypto and support a policy framework that fosters continued innovation here in the United States.”

According to the policy head, Coinbase staff don’t “regularly talk about politics.” CEO Brian Armstrong made waves in September 2020 following a blog post in which he described the crypto exchange as “laser focused on achieving its mission” as part of a company that largely abstained from engaging in U.S. politics.

“We don’t advocate for any particular causes or candidates internally that are unrelated to our mission, because it is a distraction from our mission,” said Armstrong at the time. “Even if we all agree something is a problem, we may not all agree on the solution.”

The Coinbase CEO clarified the crypto exchange might engage “if there is a bill introduced around crypto” but not around topics including healthcare and education. In October 2020, Armstrong posted a since-removed link on his Twitter account to a blog post containing easily debunked falsehoods related to politics. He has since met with many U.S. lawmakers and made posts on his social media accounts on crypto-related issues.

It’s unclear if candidates’ policies on crypto and blockchain will be make-or-break for U.S. voters, given the concerns about other issues including the economy, gun control amid multiple mass shootings and women’s reproductive rights following the Supreme Court overturning Roe v. Wade in June. Coinbase formed the Crypto Council for Innovation in April 2021 to better facilitate a dialogue on crypto between those in the space and policymakers, and registered a political action committee in February reportedly to support “crypto-forward lawmakers.”