Can FTX and Nexo Rescue the Cryptocurrency Lending Industry? 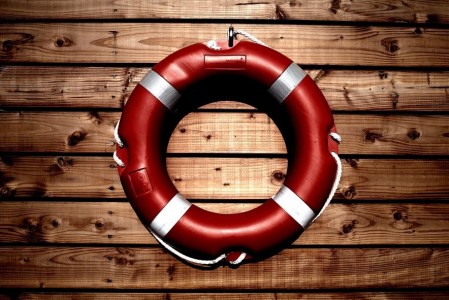 In recent weeks, various cryptocurrency lending companies have suspended withdrawals⁠—and now, other companies are coming to the rescue.

Nexo is a lending firm that was launched in 2018. It quickly rose to become one of the top crypto lending and interest platforms: to date, it has processed more than $80 billion and attracted more than 4 million users globally.

On June 22, Nexo wrote that the crypto lending industry will move toward a “great consolidation” as the “remaining solvent players” attempt to buy the assets of other companies. It also said it had hired Citigroup to this end.

That message followed earlier statements. On June 13, Nexo offered to buy assets from Celsius, a crypto lending firm that discontinued withdrawals just days earlier. That offer was apparently unsolicited, and Celsius has not responded to Nexo.

Nexo continues to pursue possible deals elsewhere. On July 5, Nexo announced that it had entered talks to acquire Vauld, another crypto lending firm that has halted withdrawals. The two companies have reportedly signed a term sheet that will give them 60 days to explore an all-equity acquisition.

FTX and Alameda Are Making Deals

Nexo is not the only company attempting buyouts. FTX and Alameda Research⁠, both headed by Sam Bankman-Fried⁠, are also trying to help the industry recover.

On June 21, FTX provided a $250 million loan to BlockFi, a lending company that recently saw an unnamed client fail to meet its loan obligations. FTX’s relationship with BlockFi has now progressed to the point where an acquisition is possible: on July 1, FTX signed a deal to buy BlockFi for up to $240 million.

Also in late June, Alameda Research provided a $500 million loan to Voyager Digital. That loan was intended to replace a failed $670 million loan from Three Arrows Capital (3AC). Despite the new funding, Voyager has suspended withdrawals as of July 4 and will likely need to secure additional funding and a more thorough deal.

In a Forbes interview, Bankman-Fried suggested that these transactions are intended to industry strong, not to bring in a profit. He said that he was “willing to do a somewhat bad deal…if that’s what it takes to sort of stabilize things and protect customers.”

FTX is among the largest crypto exchanges, boasting nearly $2 billion in daily volume. As with Nexo, that puts it in a good position to target companies for acquisition.

Though certain companies are suspending withdrawals due to poor market conditions, there are still plenty of others in a strong position to rescue the industry. Time will tell which companies will follow FTX and Nexo’s strategy.