Coinbase took out the first Bitcoin-backed loan from Goldman Sachs 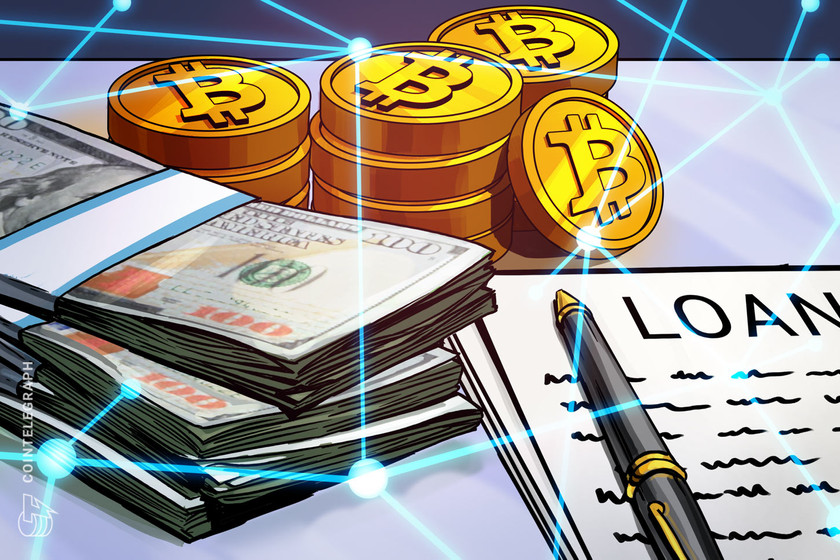 The largest exchange in the U.S. has taken out a loan from Goldman collateralized in Bitcoin as a Wall Street first, paving the way for others to follow.

America’s largest crypto exchange Coinbase has been revealed as the mystery firm that took out Wall Street’s first Bitcoin-backed loan from Goldman Sachs.

Goldman Sachs has $2.5 trillion assets under management as of 2021.

Bloomberg reported on Tuesday that the Bitcoin-backed loan issued by Goldman had been taken out by Coinbase as a way to deepen ties between the crypto and tradfi world, with the head of Coinbase Institutional Brett Tejpaul stating that:

“Coinbase’s work with Goldman is a first step in the recognition of crypto as collateral which deepens the bridge between the fiat and crypto economies.”

The dollar value of the loan has not been disclosed, but it was collateralized by a portion of Coinbase’s total holdings of 4,487 Bitcoin, worth around $170 million today. The loan features 24-hour risk management, but requires Coinbase to top up its BTC collateral if prices fall too low.

While Bitcoin-backed and other crypto-backed loans are commonplace in the crypto industry, especially on decentralized finance (DeFi) protocols, they are a curiosity in traditional finance where crypto is seen as too risky and volatile as collateral.

However, asset management firm Arca wrote in a May 2 blog post that potential borrowers are looking for more such options. It said, “[This loan] demonstrates the willingness of institutions to utilize new tools with old techniques.”

“It is far more likely that Goldman is seeing a lot of demand for this type of transaction and is just testing the waters before making a bigger splash.”

News of the Bitcoin-backed loan sparked commentary on Twitter. Regarding the loan, Bitcoin podcaster Preston Pysh tweeted Wednesday: “No wonder the SEC is hiring people.”

Meanwhile, Coinbase CEO Brian Armstrong, has laid out his vision for free speech being enabled through decentralized social media platforms. He told the Milken Institute on May 2 that under new owner Elon Musk, Twitter has an opportunity to “essentially embrace using a decentralized protocol” which the platform could operate on.

“I think freedom in all forms is worth defending and crypto, a lot of it, is about economic freedom. Freedom of speech is another version.”

Armstrong believes a decentralized social media platform would allow content creators to make their own moderation policies and thaaccess to all the content would be democratized rather than algorithmically ordained. This would prevent certain content streams from being stifled on a platform and allow users to see whatever they choose to.

If Twitter does not embrace the opportunity, Armstrong points out that there are teams working on decentralized social media platforms already, which he called DeSo, where users can own their own identity on the platform.

Twitter’s founder Jack Dorsey has been working on a decentralized social media platform called Bluesky since 2019, which operates independently from Twitter. Bluesky aims to drive the adoption of technology where “creators have control over relationships with their audiences, and developers have the freedom to build.”

Given the surge of interest in Twitter’s future, we thought this would be a good time to clarify the relationship between Bluesky and Twitter.