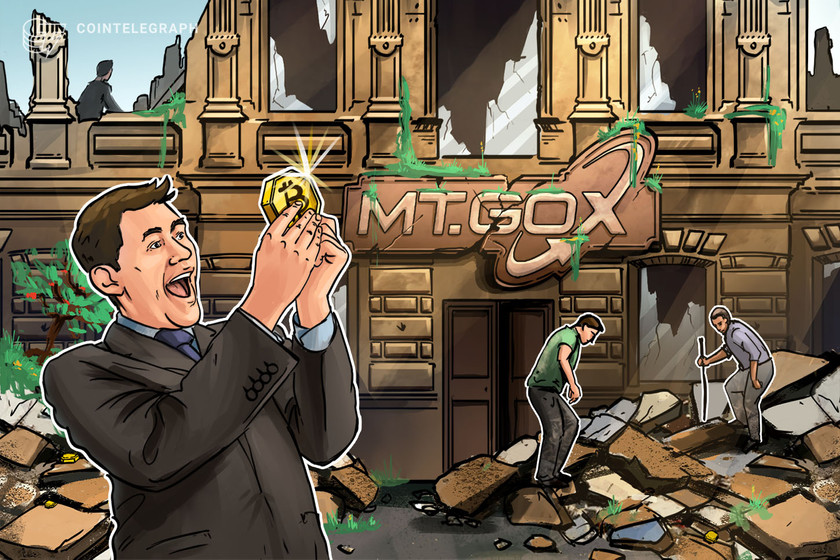 Former CEO Mark Karpeles disclosed that the exchange had roughly 200,000 BTC in possession during the company’s closure, out of which the trustee sold 50,000 BTC for $600 million in the past.

A cold wallet belonging to the infamous Bitcoin (BTC) exchange Mt. Gox transferred 6,800 BTC to an unknown wallet just days after the former CEO Mark Karpeles revealed plans to redistribute BTC worth $6 billion to its creditors.

Mt. Gox was a Tokyo-based Bitcoin exchange that shut down in Feb. 2014 after a hack that compromised 850,000 BTC. In a recent interview, Karpeles disclosed that the exchange had roughly 200,000 BTC in possession during the company’s closure, out of which the trustee sold roughly 50,000 BTC for $600 million in the past.

According to Karpeles, the remaining 150,000 BTC currently held by Mt. Gox has grown in value over the years — and is worth over $6 billion. After this revelation, the former CEO confirmed plans to redistribute the money and settle scores with the creditors.

Five days after Karpeles’ interview, Crypto Twitter’s @whale-alert highlighted that 6,800 BTC, worth nearly $319 million, were transferred to an unknown wallet from a cold wallet belonging to the now-defunct Mt. Gox exchange.

Despite being non-operational for over 8 years, the Mt. Gox team has previously shared a rehabilitation plan to compensate creditors. However, the 6,800 BTC transfer signals a possible commencement of the plan.

While crypto businesses continue to adopt various security measures to fend off attacks, bad actors have kept up with the change to lure in unwary investors.

Warning @BearsRare
Discord has unfortunately been compromised. Please DO NOT click any links, connect your wallet and block all incoming DMs in our discord. Our team are working on the situation as we speak

As Cointelegraph reported, the hacker was able to compromise a moderator’s account on Discord and posted phishing links that ultimately drained user wallets. The Rare Bears team was eventually able to remove the compromised account and secure the server from further attacks.