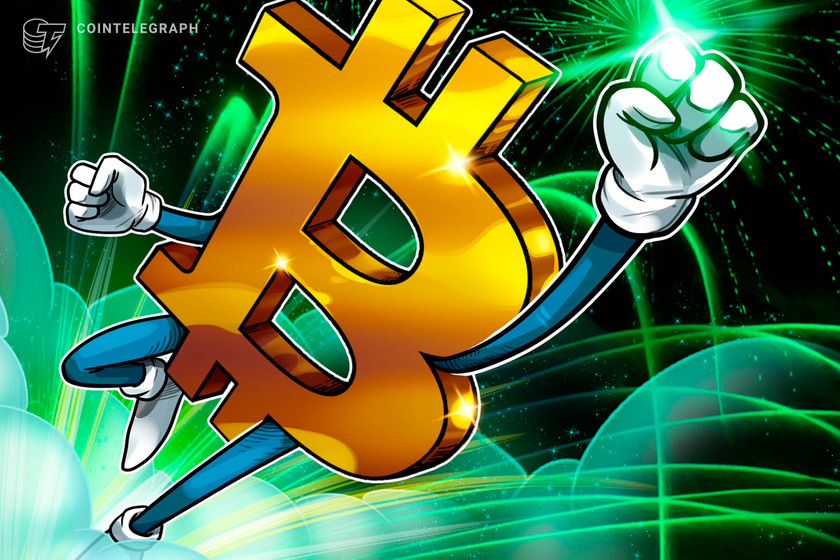 Analysts say Bitcoin’s surge above $48,000 is the clear macro trend change that traders have been waiting for, but are new all-time highs on the way?

Cryptocurrency investors are in high spirits on March 28 as the week-long melt-up across the market extended another day with Bitcoin (BTC) rallying to $48,000 and Ether trading above $3,400.

Data from Cointelegraph Markets Pro and TradingView shows that after a brief pause near support at $47,000 in early trading on Monday, an afternoon wave of buying helped lift BTC above $48,000 and bulls are identifying $52,000 as the next stop.

Here’s a look at what several market analysts are saying about this latest move for Bitcoin and what could come next as the bullish narrative continues to gather momentum.

A look at where BTC might be headed was provided by analyst and pseudonymous Twitter user ‘Nunya Bizniz’, who posted the following chart outlining a possible move above $54,500.

“Measured move target of [the] breakout from ascending triangle. Get there?”

A similar outlook moving forward was expressed by technical analyst ‘Crypto Yoddha’, who posted the following chart highlighting “a nice breakout of the bearish structure.”

“Either a proper pullback to retest the breakout or price will keep pushing higher to take equal highs at $52,000.”

Key moving averages have been flipped

Further insight into Monday’s BTC price action was touched upon by market analyst and pseudonymous Twitter user ‘filbfilb’, who posted the following chart showing the “strong weekly close by Bitcoin,” which closed “above the 20 WMA and 50/100 DMA.”

“Critically also breaking the key weekly support/resistance level defining the middle of the range. Now sat below the 100 DMA and yearly pivot and a high volume node.”

Related: Bitcoin to $58K next? A 2019-like ‘reversal ascending triangle’ hints at more upside for BTC

Does the breakout extend the 4-year cycle

Analysis of the long-term price performance of BTC was discussed by crypto trader Jordan Lindsey, who posted the following chart suggesting that the Bitcoin bull run that began in early 2021 is still ongoing due to an extension of the 4-year cycle.

“Bull market breakout has never faded. We continue to be in a Bitcoin bull market since 2020. Cycles are longer. Lengthening or new structure? This is the question.”